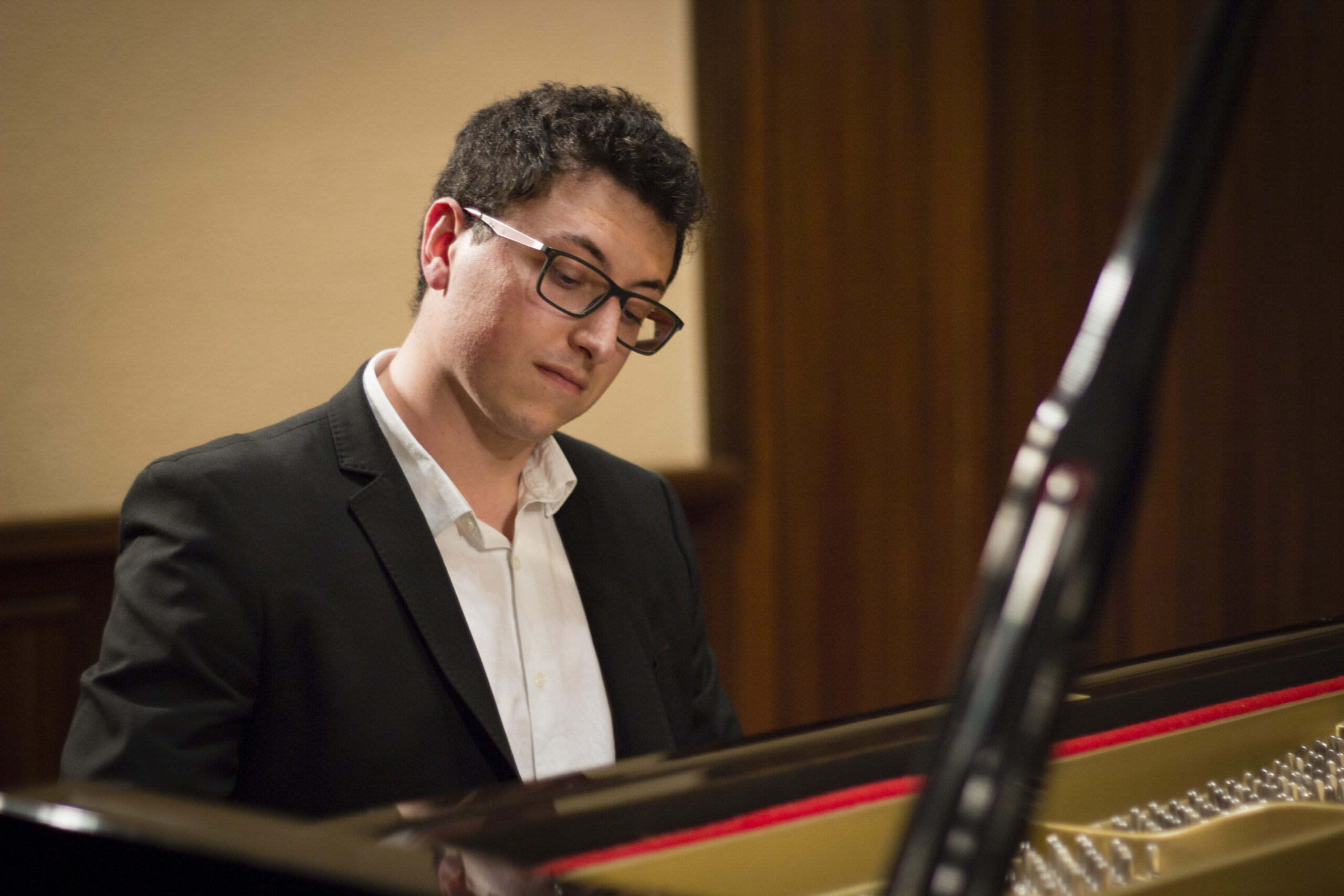 He has received lessons from teachers such as Guillermo González, Boyan Vodenitcharov, Fabio Bidini, Boris Giltburg, Roland Pröll, Nino Kereselidze or Alexander Gravylyuk among others.

He has participated with associations such as ProMúsica Molina (Molina de Segura, Spain), or in festivals such as Naarden International Piano Festival 2021 or Neckar Musikfestival 2017 (Weinsberg, Germany), and has given concerts in Belgium, Portugal, The Netherlands or Italy as well.

He has recorded some concerts for Murcia TV, and has participated in the recording of Falla’s CD Three Cornered Hat for solo piano and in a Chopin monographic CD.